Renovation of a 160-year-old brownstone in the Historic Downtown district of Jersey City strikes the perfect balance between restoration and modernization.

The moment charming Van Vorst Park was opened in 1851, it set off a construction boom in the tiny enclave then known as Van Vorst Township, now part of Jersey City. One of four identical Italianate townhouses overlooking the park, Barrow Street was part of that urban growth. Shortly after it was built and through the turn of the century, the residence was a refined single-family home belonging to a prominent local attorney, William Allen Lewis, and his wife, Virginia. 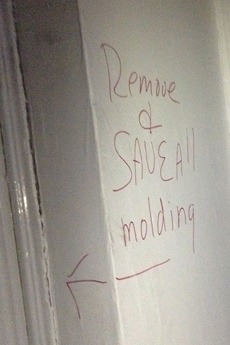 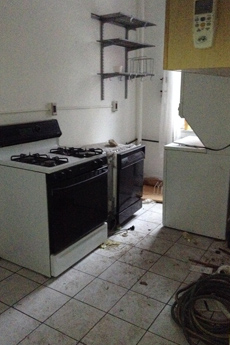 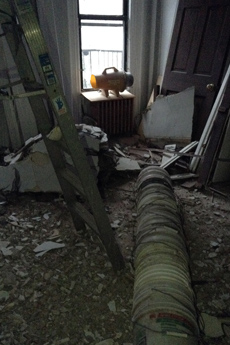 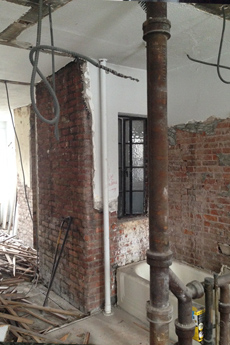 When Dixon acquired the property two years ago, however, it was a building well past its prime, subdivided into four poorly laid out apartments with a crumbling façade. With a significant renovation and a careful eye towards preserving the home's historical details, the stately brownstone is once again a pristine residence equally worthy of grand parties and quiet Sundays. 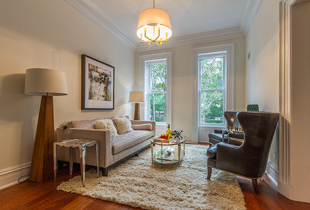 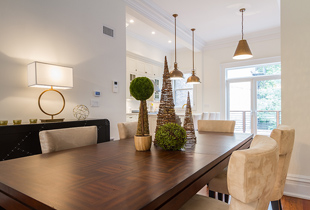 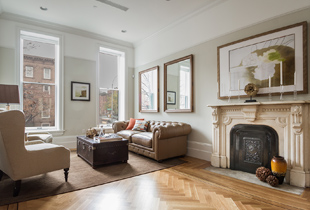 As often happens in undertakings of this magnitude, one of the biggest challenges in the project yielded some of the best results. A massive 5-foot by 5-foot light well, or air shaft, ran through the building from the roof to the basement, stealing square footage and creating cumbersome layouts on each floor. By removing the light well, rooms became more open and space was reclaimed, resulting in especially luxurious benched showers on the second and third levels. 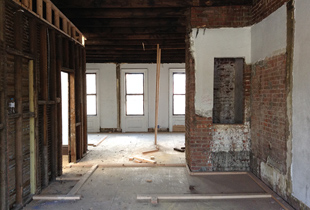 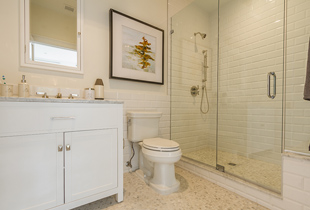 While the home was gutted to allow for modern amenities and updates — including all-new electrical, plumbing and HVAC — it was important to preserve historical detail wherever possible. This is most evident in the loving care taken with woodwork throughout the building. Original casings on the parlor level and window casings throughout were salvaged and refinished. The original stairwell was restored and reinforced, given new treads and carefully sanded and painted. 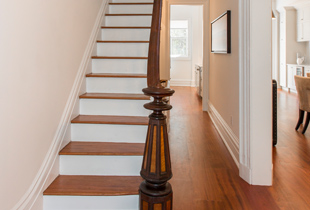 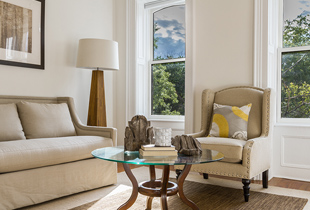 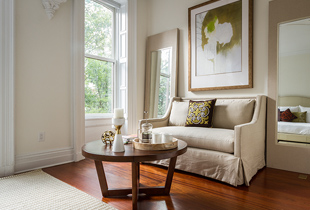 The home's completely new kitchen is a true showplace — light and airy with top-of-the-line stainless steel appliances and direct access to a peaceful deck. The kitchen is now outfitted with a French door refrigerator, gas range and dishwasher, all by Jenn Air, and not one, but two, Summit wine refrigerators. The Decora Prescott maple inset cabinets are lustrous and plentiful and are set off by Caesarstone countertops in London Grey. 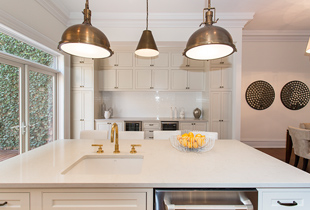 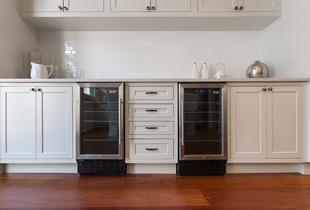 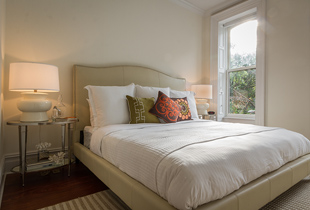 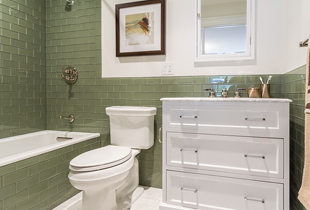 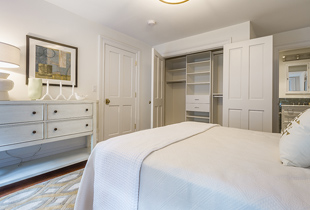 To provide a tranquil retreat from the bustling city, the neglected rear garden of the home was completely transformed. A large deck was added to the parlor level leading down to an oversized patio finished with new pavers and surrounded by planters with a timed irrigation system. A 6-foot cedar fence added the finishing touch to this resurrected garden oasis. 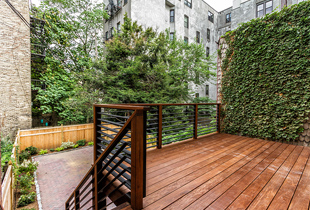 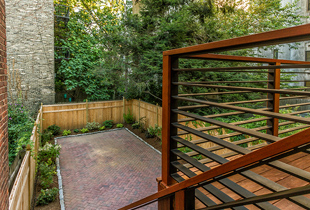 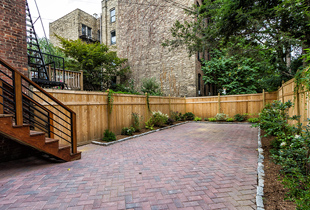 Exteriors were certainly not neglected in this renovation. The brownstone's dilapidated front façade was completely replaced, the metal railings and wood cornice were repaired and refinished, and all windows and doors were replaced. The rear exterior was patched, coated and treated to a new gutter system. 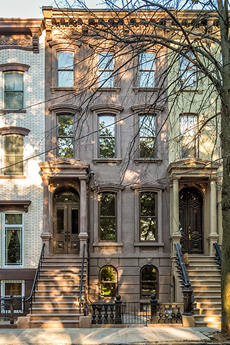 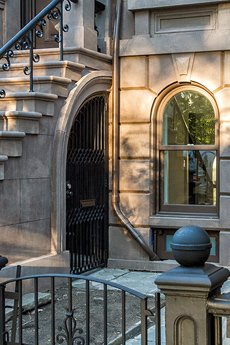 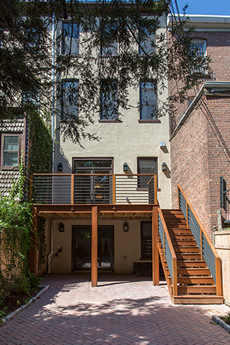 From a run-down building with four small apartments to a gleaming showplace, this brownstone is ready for its second life in historic Jersey City.

At Home With the Barnes Family

The Workshop: Raising the TileBar
Return to Blog
X
X