Downtown Jersey City Rentals: 3 Things to Know Before You Move

As more and more New Yorkers decide to leave Manhattan and Brooklyn due to rising housing costs, many are looking across the Hudson to find affordable living close to the Big Apple. With a diverse group of neighborhoods found throughout Jersey City, the second largest municipality in New Jersey, it can be hard to know where to start looking.

Take Downtown Jersey City, for instance. The beating heart of the city is a world away from The Heights or Bergen/Lafayette. What makes it so different? If you’re thinking of heading over the Hudson to check out Downtown Jersey City rentals, here are the three things you need to know about this bustling neighborhood.

We hate to tell you this, but you’re not the only person thinking of moving to Downtown Jersey City. Jersey City is the fastest growing metropolitan area in the entire state. But don’t believe that being crowded lessens the city’s appeal. If anything, it increases it. Living in proximity to such a vast range of people from different cultures is one of the best things about living downtown. In fact, Jersey City is so ethnically diverse that around half of residents list a language other than English as their first language.

Bring your appetite with you

One thing’s for sure about living in Downtown Jersey City—you won’t starve! Whichever cuisine you love most, someone downtown has found a way to make it bigger or better! Love pizza? The New York Times recently called Razza the best pizza in New York, an extra large compliment since it’s located in Downtown Jersey City. Love burgers? Head to Park Tavern for the best you’ve ever eaten. Love Tacos? Vamos a Taqueria Downtown. Even if you like cooking yourself, Downtown Jersey City delivers. The farmers market held at Grove PATH Plaza will be the best you’ve ever visited, and it happens twice a week. You won’t need to go anywhere else to get fresh produce, and these local and statewide farmers just happen to sell the tastiest fruit and vegetables you could dream of.

It’s located on the right side of the Hudson

Think New Jersey is located on the wrong side of the Hudson? Not according to anyone living in Jersey City. For starters, the view of the Manhattan skyline is better in Downtown Jersey City than anywhere else. Head to Liberty Park, and you’ll see what we mean. It’s quicker to get to Manhattan, too. Jump on the PATH at Grove Street Station, and you’ll be at the World Trade Center in ten minutes. People living in Manhattan can’t get there that fast! Oh and it runs 24/7. And don’t forget that Newark airport is less than 30 minutes in the other direction. Who’d want to be stuck in Manhattan anyway?

Feel like heading downtown? We don’t blame you. Get started today by searching our listings page to find your perfect Jersey City rental. 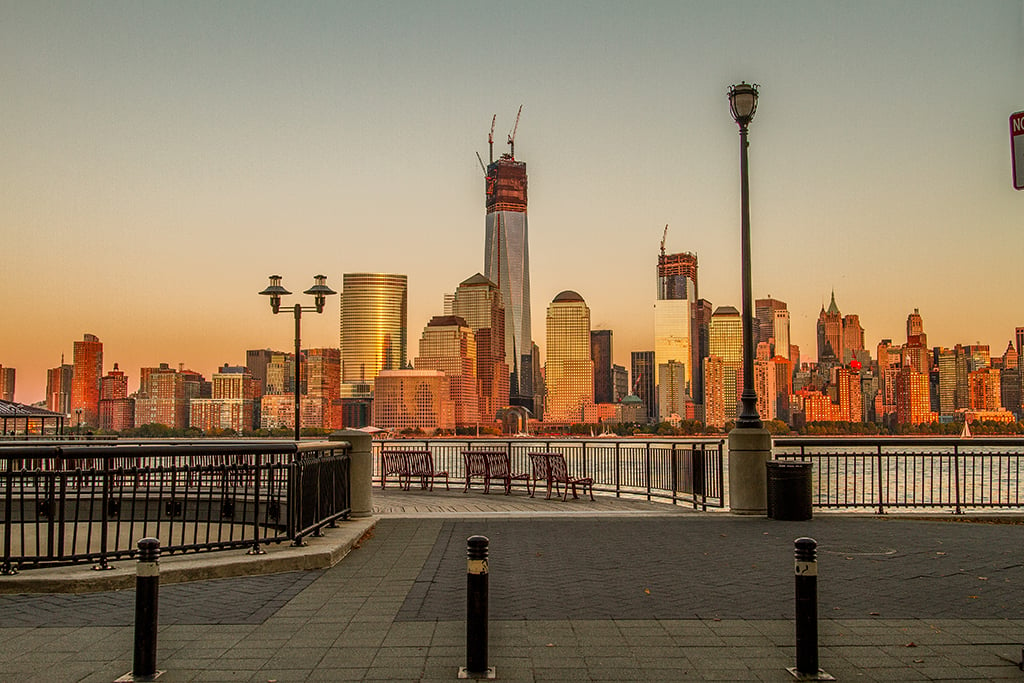 At Home With Ben, Anna and Penny
Return to Blog
X
X