As the NFL's 2018 regular season gets ready to kick off, we've been scouring our favorite neighborhoods for the city's best sports bars. Abundant TV screens is an obvious requirement, but we're also fans of a solid selection of adult beverages, roomy seating areas and great grub. Unlike a fancy cocktail spot meant to impress clients or out-of-town visitors, a sports bar should be on the dark side (for optimal television viewing) and staffed with patient and responsive employees skilled at taking orders over the roar of the crowd.

Here are a few of our best finds, from Brooklyn to Bergen Lafayette. Go team!

Filled with more than 100 (yes, one hundred) television screens, 200 Fifth is serious about its "no bad seat in the house" claim to fame. Football fans give solid reviews to the friendly bartenders here, and with 40 beers on tap and a full cocktail bar, they're a busy crew. The regular menu is extensive, and the Sunday brunch menu includes more than a dozen well-priced options plus two-hour unlimited champagne or mimosas for $17.

Centrally located in Midtown, The Three Monkeys ticks pretty much all the boxes for a perfect sports bar. It's roomy with bars and seating both upstairs and down, and they have 11 television screens showing all NFL games. As far as libations go, you won't stay thirsty with 36 beers on tap and a full bar. The food menu offers a nice selection of stick-to-your-ribs appetizers as well as lighter fare.

Described by Jersey Digs as" Bergen Lafayette’s best-kept secret," this local favorite features plenty of seating along its extra-long bar, nice outdoor space and a friendly attitude that treats every patron like a regular. Fans give kudos to the reasonable prices, and O'Leary's is known for serving up some of the best burgers and fries around. The televisions are few and on the small side, but you can count on regional games being televised. Don’t let its unassuming location fool you, O'Leary's earns every bit of its five-star average on Yelp.

It's not the biggest sports bar in town, but what it misses in size, 4th Down makes up for with its friendly vibe, contemporary décor and reasonable prices. They've got a full bar and a nice selection of beers (don't miss the bucket specials). Sixteen screens play every game, and in between plays, enjoy the well-stocked arcade, including foosball, Hoop Fever and Big Buck Hunter. There's no food service here, but you're welcome to bring your own or order in.

With a literal wall of televisions, you won't miss a single play at this Hoboken sports bar. In addition to a solid beer selection, Black Bear offers several $8-a-glass wines and great cocktail menu with three different mules. The food menu is impressive, going beyond standard sports bar finger foods to include several great wraps, flatbread pizzas and salads. 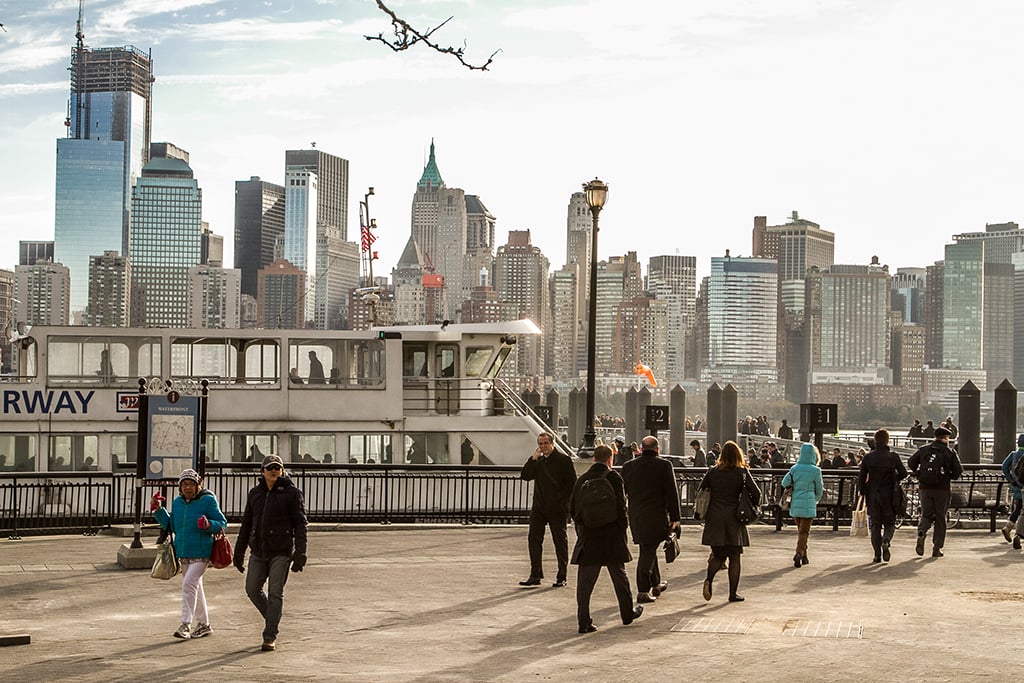